“Children of War” in Vilnius.

At this moment, on the street Subačiaus in Vilnius, Ukrainian children of war look into the eyes of peaceful passers-by from photo portraits.

Saulius Paukštys, the author of the photo exhibition, a well-known Lithuanian artist, himself visited the Ukrainian front line last year. These eyes of children who survived the war impressed him, and he decided to make a photo project “Children of War ”. Here you can find a photo report from the exhibition.

Petras Vaitiekūnas, former Ambassador to Ukraine – “Even though there are only teenagers in the photos, the exhibition is full of horror. Just like in any European country. The horror of the Russian war in Ukraine, which the viewer does not see, but which these children experienced (if they are still alive) every day. Russia needs to export something. However, as the things are not that good with oil, they export the only thing the Kremlin has in abundance, war and horror.”

When the war broke out in Ukraine, some of the locals in the photos were just kids. Now, they turned to 14-15 year-old teenagers who know more about the war than an average Ukrainian soldier before 2014. The photo exhibition War Children displaying the works by the photographers Saulius Paukštys and Julia Domashenko has been opened in a newly established gallery E Mare Libertas in Subačiaus Street to mark the Defender of Ukraine Day. The exhibition tells the stories of the teenagers living on the Donbas front line village Stanytsia Luhanska. In their young lives they have experienced losses, tragedies, and traumas which one from a peaceful city would not experience in their entire life.

‘How did you end up in the war zone in Ukraine?’ I asked the exhibition initiator and its participant, 56-year-old photographer Saulius Paukštys.

Last year, I took part in the plein air organised by the Embassy of Lithuania in Ukraine. There were several painters from Lithuania and a handful of artists from Ukraine. We went to a settlement situated on the front line that is still sometimes shelled. We were supposed to get some impressions and to create something. Then, an exhibition was arranged and it has been travelling all over Ukraine and should reach Lithuania some day. It’s now been a year since my trip to Ukraine and all my impressions have gradually taken the shape of this new exhibition, which will travel from Lithuania to Ukraine. Instead of focusing on military machinery or some debris, I decided to show the portraits of children from Stanytsia Luhanska whose lives were changed drastically by the war. Their experience is reflected in their eyes. I made a lot of picture but have selected only forty-five for the exhibition.

Did you experience any shelling while visiting Stanytsia Luhanska?

No, although we did hear several bombings. The locals said that the nearby forest was mined and that a stray dog or other animal would regularly step on a mine and explode. At that time, there were no acts of war, but there were a lot of armed soldiers. Also, there were a lot military checkpoints on our way. That town in Donbas is located right on the front line. Several years ago, it was badly damaged: half of the town was ruined; there are explosion holes in the streets, building ruins, and fences bearing bullet marks. The hotel where we were accommodated had bullet riddled windows with holes covered in adhesive tape to protect guests from the wind.

You mentioned that you took pictures of children near a destroyed school. Where do they study now?

We had a tour around the town and were shown a site after a fire overgrown with shrubbery. It turned out that those were the ruins of a former school. Around four or five years ago, separatists opened fire on the town and hit the school on the night of September 1. The building went up in flames. Luckily, everything happened at dusk, and there were still several hours left until the start of the new school year celebration.

Do the children from the war zone differ greatly from their peers in Lithuania?

Well, they are unusually serious. When you talk to them, just like any other kids, they make noises and they giggle, but as soon as we started taking photos they became very serious. Some of them refused to be photographed. We decided to make pictures by the destroyed school building. What is interesting is that the place is a rather popular point of attraction. Kids still go there and draw hearts, leave sentimental inscriptions about love on the square tarmac. They gladly tell you where their garden used to be, and where the plum tree they planted grows; it got singed a bit but it still grows. A flood of memories. All of them were transferred to other schools. Actually, the second school was also shelled but not as badly as the first one. Only the roof had to be repaired, and the schoolchildren could continue learning. The third school remained undamaged.

A new gallery also came into being in Markučiai together with the exhibition?

Yes, we found a very good location for a temporary gallery in a restored building of the Chopin Brewery in Markučiai. Even after the restoration, the facilities have preserved authentic production premises/workshops, warehouses, old masonry, engineering equipment – pipes, chimneys. Just like in a museum. The brewery owners have put the premises on sale and, as long as there are no buyers, we have the possibility to use them. This has been the first exhibition in this venue.

Why have you named the gallery E Mare Libertas? The name sounds really strange.

I like this small state near England – the Principality of Sealand. Some hippies occupied an anti-aircraft defence platform situated eleven kilometres from the shore and declared that it was the Principality of Sealand. They established a pseudo-state with its postal system, anthem, flag, and currency. You can actually buy a souvenir Sealand dollar coin with the image of the princess. They also sell titles. I bought the title of a Lord online – it cost me fifty dollars including shipping. The motto of the state is “E Mare Libertas” (English: From the sea, Freedom). So, I borrowed this motto and used it to name the gallery. 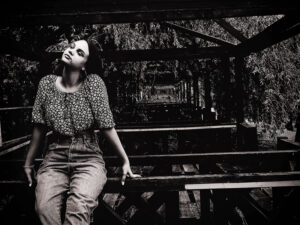 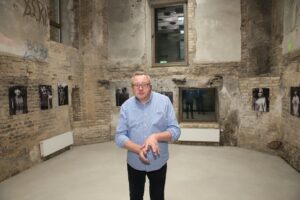 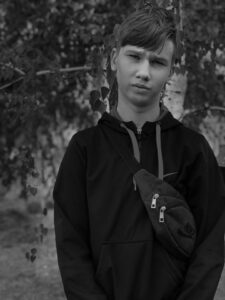 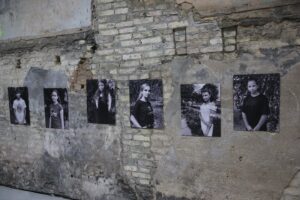 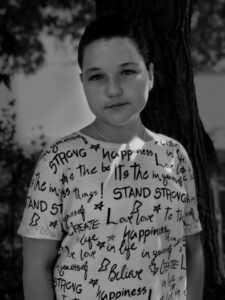 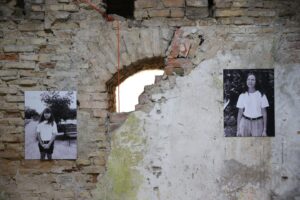 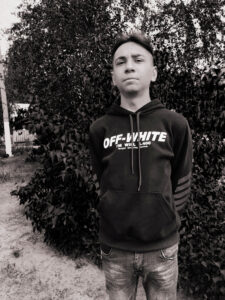 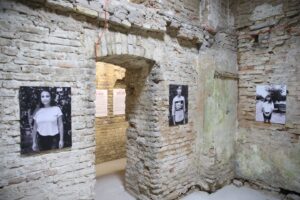